Broken Sword Wiki
Register
Don't have an account?
Sign In
Advertisement
in: Games, Community, Broken Sword 2.5: The Return of the Templars, Paris, France

Broken Sword 2.5: The Return of the Templars

Broken Sword 2.5: The Return of the Templars

Broken Sword 2.5 The Return of the Templars is an unofficial part of the Broken Sword series. Developed and released by German company MindFactory on 28 September 2008 as freeware for Windows, it is a game created by fans to explain what happens during the time between Broken Sword II: The Smoking Mirror and Broken Sword: The Sleeping Dragon. It took eight years to develop, starting in 2000 as a response to the gap in the story that fans saw between the second and third game. It was originally released in German, but through 2009 and 2010, it was translated (via subtitles) to English, Spanish, Italian, Polish, Croatian, Portuguese, Russian, and French, with an English voice pack released in 2010. As might be expected of a fan project, it is a free, short game that stays relatively true to the story and feeling of the series.

It is available for free here

The last months were quite a blow of fate to George Stobbart. First he had to leave Nicole Collard for one year because of an important trip to the USA, then his beloved grandfather died of a cancerous growth. But that was not everything. When George receives a telegram from France one day he already has a foreboding of evil. The consigner is—Nicole Collard, Paris, France. His presentiment shall turn into cruel certainty: Nico is dead! "First my grandpa and now Nico?", George thinks and takes the first plane to Paris.

On his arrival: Rain, storm, like an appropriate divine answer to George's situation. In Nico's apartment the next shock: Nico is alive. Totally bewildered he tells her about the telegram but Nico seems not to be surprised. On the contrary, she asks George to leave the apartment. She does not seem to take delight in the unexpected reunion. 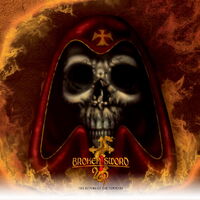 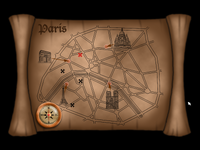 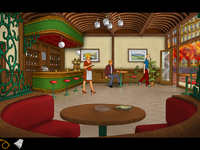 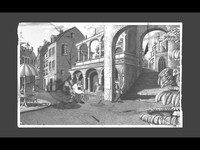 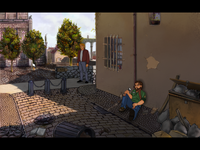 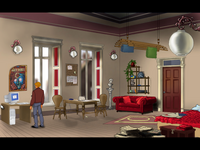 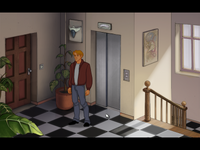 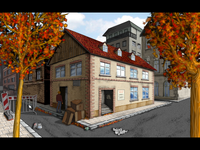 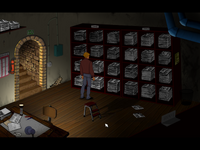