Broken Sword: The Sleeping Dragon is an adventure game released on Microsoft Windows, Xbox and PlayStation 2 in 2003, while in Japan, the PlayStation 2 version (released only in Europe and Japan) was released in September 2004. A Nintendo GameCube version was planned, but was cancelled. It is the third instalment in the Broken Sword series, released six years after the previous instalment, Broken Sword II: The Smoking Mirror. The Sleeping Dragon moved the series to 3D graphics and is the only game in the series not to use a point and click interface. The player again assumes the role of George Stobbart, an American patent lawyer who flies to the Congo to write a patent for a scientist who claims to have found a source of unlimited energy.

The idea was first discussed in 2000. To make the game feel like a film, Revolution brought in a cinematic consultant, Bob Keen, who made sure the game conveyed emotions and atmosphere appropriate for each scene. The game was originally planned to have similar cartoon-quality visuals as its prequels, but the developers decided to aim at a style similar to Japanese animated films. Unlike the first two Broken Swordgames, which used the Virtual Theatre engine, The Sleeping Dragon was built with the RendderWare engine. The game's music was composed by Ben McCullough and Rolf Saxon returned to voice George Stobbart.

The gameplay in Broken Sword: The Sleeping Dragon is a departure from previous instalments in the series, using a direct control interface. The player guides George Stobbart's movements with a keyboard or gamepad, while Nicole Collard is also a playable character at certain times. George must collect objects that can be used with other collectable objects, parts of the scenery, or other people in the game world in order to solve puzzles and progress in the game. George can engage in dialogue with other characters through conversation trees to gain hints of what needs to be done to solve the puzzles or to progress the plot. The player has action choices in the bottom right of the screen - there are four circles with anywhere from one to four actions available at any time; the player selects the desired action with the corresponding key. As in the first two Broken Sword games, in the Sleeping Dragon player character death is possible.

George Stobbart, the protagonist and Harry Gilligan, his friend, are flying to the Congo Basin to meet a Dudley Cholmondely|scientist]]. They arrive at the scientist’s lab in time to see him gunned down by a pale, lanky man and his bodyguard. A postcard hidden in the lab prompts George to travel to Glastonbury, England, to search for a man named Bruno. Meanwhile, Nico finds out a hacker named Vernon Blier has decoded the Voynich manuscript and been killed for it.

Back at Nico's apartment, Bruno reveals that the stolen key was the Key of Solomon; Susarro would need it to access a special Armillary in an ancient building, the location of which is unknown. In time, they collect two more keys like the omega key, and they determine that the armillary is in Egypt. Before this discovery, however, Bruno is captured by Susarro. While in Glastonbury, George rushes to save an old man from a burning building; the old man turns out to be Bruno and a former Neo-Templar. He claims that the Neo-Templars have been taken over by a man named Susarro, who renamed it the Cult of the Dragon. It is revealed that Susarro is the pale man who killed the scientist in the Congo. The old man says that Susarro seeks to gain immortality through the use of the Earth’s ley lines. Bruno is able to track the ley lines and believes that Susarro may be going to Paris, France|Paris]]. Bruno leads George to an abandoned theatre in Paris. Inside, George finds Susarro, a mysterious woman and Flap (a character from the first game) interrogating Nico. After Susarro and the woman leave, George knocks Flap unconscious and rescues Nico. George learns that Nico was following the woman, named Petra, because the woman had framed her for the murder of Vernon, a hacker she was due to interview. George and Nico continue to search the theatre, looking for the source of the energy Bruno detected. They find two keys; one has an omega symbol on it, the other is the energy source. Outside, George is tazed by an unknown assailant and the energy key is stolen.

At the armillary building, George and Nico arrive to see Susarro forcing Bruno to activate the armillary. As it powers up, George and Nico subdue Susarro. Petra arrives with a hooded man seen twice before in the game, who proceeds to kill Susarro with supernatural powers. It is revealed that the hooded man is the Grand Master of the Neo-Templars, thought to have been killed in the first game. With the armillary active and the location of a large power site displayed, the Grand Master sets off dynamite in the building as he escapes, trapping George, Nico, and Bruno inside. The only way for them to escape is for one of them to sacrifice themselves in one of the puzzle rooms. Bruno takes the responsibility, hoping to atone for past sins so that George and Nico can stop the Grand Master.

George and Nico arrive at the power site in Glastonbury. As Nico confronts Petra, George tries to stop the Grand Master. He arrives in time to see the Grand Master absorb the energy at the site, turning him into a dragon and causing the ground beneath them to collapse. George finds a sword in the cavern, which he uses to slay the dragon and save the world.

Revolution Software first discussed the idea for the game in 2000. At first, The Sleeping Dragon was planned to have similar cartoon-quality visuals to the first two Broken Sword games; however, Revolution decided not to use the "flat" look, claiming it lacked visual depth. The team wanted the game to look believable, but not necessarily realistic, similar to Japanese animated films.

Charles Cecil was the director of the game and Tony Warriner was the lead programmer. To make the game feel like a film, Revolution brought in a cinematic consultant, Bob Keen, who made sure the game conveyed emotions and atmosphere appropriate for each scene. The music in the game was composed by Ben McCullough. The voice recording was scheduled to take five days; however, the entire process took four days. The voices were recorded with the voice actors together, enabling better acting and interaction. The full script is 6,000 lines in total, similar to Broken Sword II. While Rolf Saxon returned to voice George Stobbart, Nicole Collard was played by Sarah Crook. Textures were hand drawn to achieve the "cartoon" look, while the light-map employed radiosity to create realistic lighting. Advances in hardware plus the changes in methodology allowed the game to move to 24-bit colour.

Revolution held a casting session at a studio called The Spotlight (in Leicester Square in London), in which multiple parts were auditioned for by multiple actors. Originally, Nico was planned to be voiced by a native French speaker, to get the right accent; however, she ended up being voiced by Sarah Crook, a native English speaker. The rest of the credited voice actors were Alison Pettit, Andrew Secombe, Bob Golding, Jay Benedict, John Bull, Laurence Bouvard, Peter Marinker, Rachael Rogers, Rachel Preece, Simon Treves and Seamus O'Neil.

Cecil stated in an interview that the development costs were £2 million. Though the game made $40 million, as a developer Revolution suffered a massive loss.

Although the PlayStation 2 and Xbox versions are no longer available, the PC version may be purchased from Steam and GOG.com.

The Sleeping Dragon received highly positive reviews from most critics and sold a few hundred thousand copies. eToychest gave the game a 5 out of 5, saying "Broken Sword: The Sleeping Dragon is a shining example of what this genre is capable of, and it comes as close to perfection as any recent adventure game has". Just Adventure gave the game an A+, saying: "A triumph. It’s at the same time a real 3D game and a crackerjack pure adventure. High levels of craftsmanship and designer TLC are evident throughout the game. Playing it is like falling into an exciting movie thriller." Gaming Chronicles gave it a 9.2 out of 10, saying that "adventure gaming is alive and well thanks to designers like Revolution" and that it's a stunning achievement in interactive entertainment, praising its story, characters, visuals, and dialogue, and calling it a "must-own title for anyone looking to relive the golden era of adventure gaming"; they did, however, indicate that the controls were too easy at times. IGN gave the game the game a rating of 8.4, placing it under the "Impressive" category, but noted that the interface was difficult to use and the puzzles in the game were repetitive.

Adventure Gamers gave it 4 out of 5 stars, called it a "technical masterpiece", and praised its cinematic introduction, cutscenes, lifelike character faces, and said "it certainly raise[s] the bar for any seen in adventures to this date", but criticised its controls and repetitive puzzles. GameSpot had an overall positive review; their Scott Osborne praised its plot, characters, and setting, and (unlike most) found the interface to have its points, although he was frustrated with times in which quick reflexes are required and bored (like most) with some of the puzzles; he also ran into a sound problem, which does not appear to have happened to any other reviewer. Although Laura MacDonald of Mr. Bill's Adventureland panned its repetitive puzzles, she called it an "instant classic" and praised its story, controls, characters and music. Steven Carter of Game Over Online was less positive (criticising its plot, interface, and puzzles – calling most of the last "trivially easy"), but did praise its general appearance, voice acting, and music. Computer Games Magazine was less positive, mainly due to heavily criticising the interface. 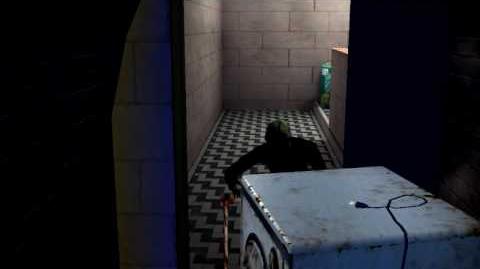 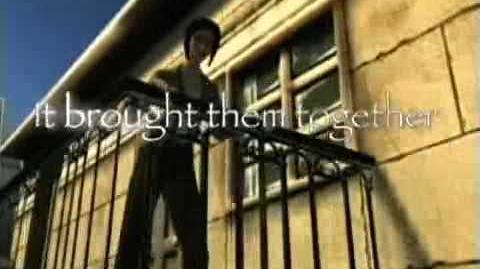 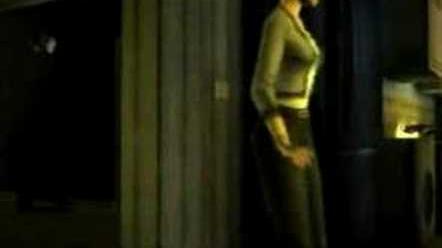 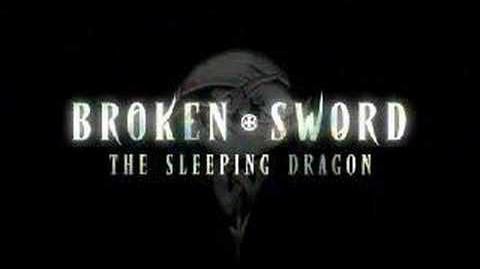